The Continued Growth of Roofing Sustainability

Over a decade ago, businesses and homeowners started becoming more aware of their carbon footprint. As a result, they started looking for ways to lower their impact on the environment by looking for sustainable and green options. This push affected everything from automobile to the roofing industry. During this time, roofing companies like JBS Roofing put great effort into being environmentally conscious and developing eco-friendly business models.

The roofing industry became a major focus for environmentally concerned individuals thanks in part to asphalt shingles. This type of shingle is still one of the most commonly used type of roofing material used to date. It’s popular because of its ease of upkeep and cheap price tag. Unfortunately, most asphalt shingles end up in landfills across the nation once they need to be replaced. Also, the tar used for making asphalt shingles is a highly viscous form of petroleum.

The Focus on Sustainability Hasn’t Diminished 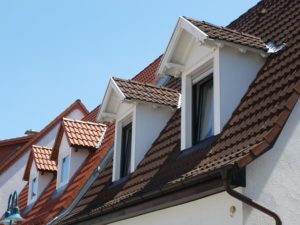 As with most concerns that become a hot topic, the buzz around roofing sustainability began to fizzle out. People moved on to other pressing matters, but experts say that a lack of attention-grabbing headlines should not be confused with a shift away from sustainability. In fact, a study by BCC Research shows that projects for conventional energy retrofits have been on the rise, including projects such as green roofs. BBC Research expects that the money invested in these projects will grow from $85.1 billion in 2015 to nearly $132.3 billion worldwide in 2020. This puts the conventional energy retrofit marketplace at a compound annual growth of 9.2 percent.

The BCC Research report also indicates that this growth is being noticed strongly in North America, where the green roofing market was valued at $130.1 million in 2015. Over the next four years, this value may jump to $582 million. These figures show that while sustainable roofing may not be making the headlines that it did nearly a decade ago, it’s still a major focus in the roofing industry.

Educated Roofers Are the Key to Sustainability

The majority of homeowners and businesses that hire roofing contractors don’t know much about roofing technology. Studies show that most people simply go with whatever option is recommended, as long as it falls within their budget. Due to this, researchers believe that educated roofing contractors are the key to helping the sustainable roofing industry continue its strong growth. It’s important that contractors fully explain to homeowners how environmentally friendly roofing options, such as metal roofs, are better options than asphalt roofing even though they cost more.

Unlike asphalt roofs, metal reflects the sun’s energy instead of absorbing it. This keeps the average temperature of a building cooler, which means that the homeowner or business doesn’t have to use as much energy during the summer months to cool the space. In the end, the property owner saves money and lowers their environmental impact. 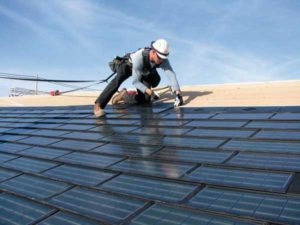 As part of roofing contractors’ continued efforts to learn more about sustainable roofing, it’s important that they push aside all of the misconceptions that come with green options, such as reflective roofing. For example, it’s a common misconception that reflective roofs don’t require as much insulation. However, more energy is saved with accurate levels of insulation because it offers 24-hour benefits, unlike reflective roofs that are only helpful during peak hours of the day. Reflective roofs also, inevitably, get dirty. This hurts their ability to reflect the sun’s energy.

John Geary and Richard Ruppert presented “Greenbucks: Cool Cash for Sustainable Roofing System” during the 2016 International Roofing Expo in Orlando, Florida. Both from Firestone Building Products, they have tasked themselves with helping roofing contractors understand the benefits of adding sustainability features to their business models. During the presentation Geary said:

“High performance roofs don’t happen by accident, but with proper design, quality materials and experienced craftsmanship they can offer owners peace of mind and contractors repeat business.” He went on to say, “All new products are being developed to help contractors achieve their objectives of low-cost installations that are sustainable, and of course profitable. Working together, designers, manufacturers and roofing contractors can contribute mightily to the whole of the envelope system, one building at a time.”

3 Tips to Ensure Your Roof is Energy Efficient

Most Common Roof Styles In Arizona

Get Your Roof Inspected Before Monsoon Season in AZ

What Are Spray Foam Roofs In Arizona

Get started with a quick, free estimate. Financing available!

Hours of Operation:
Monday thru Friday: 7am – 4pm